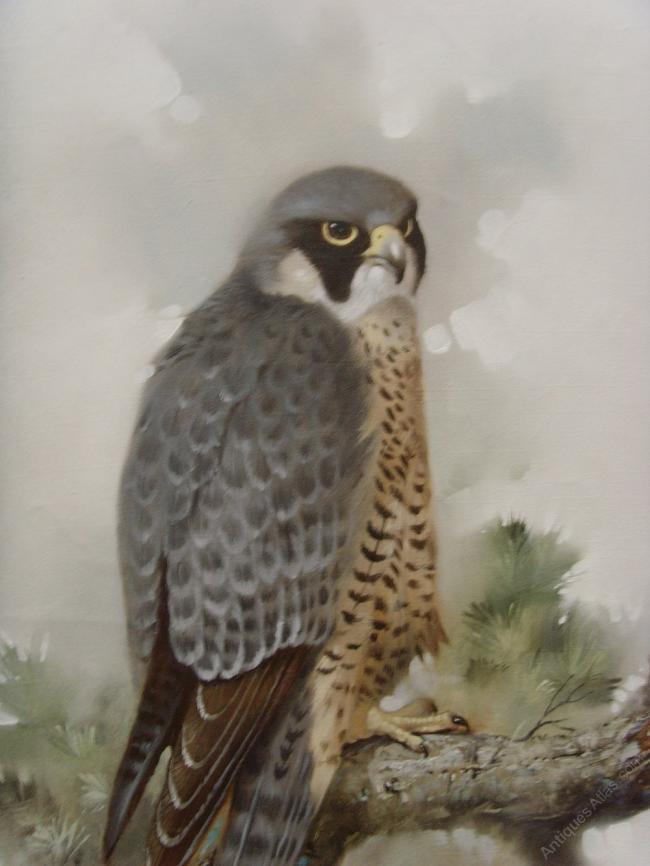 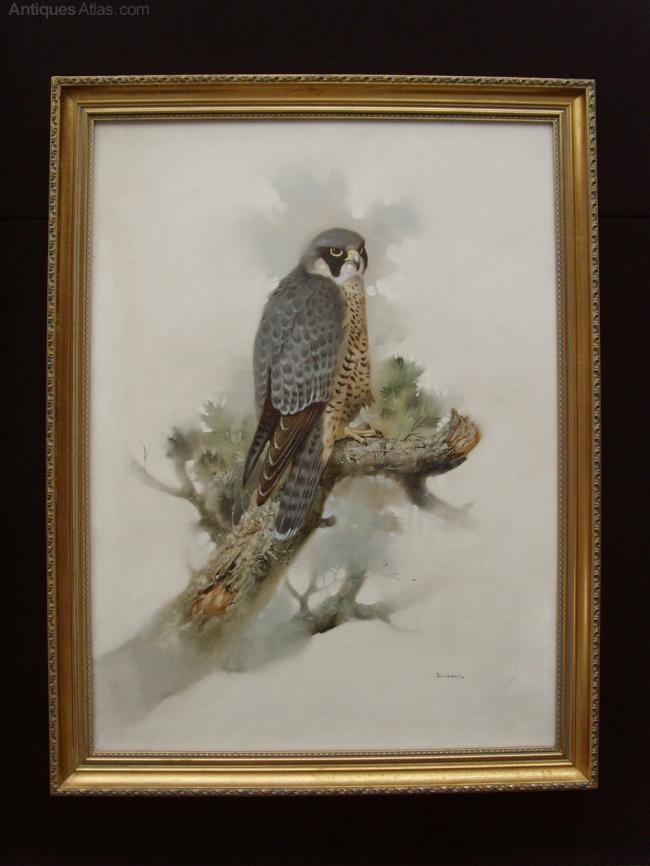 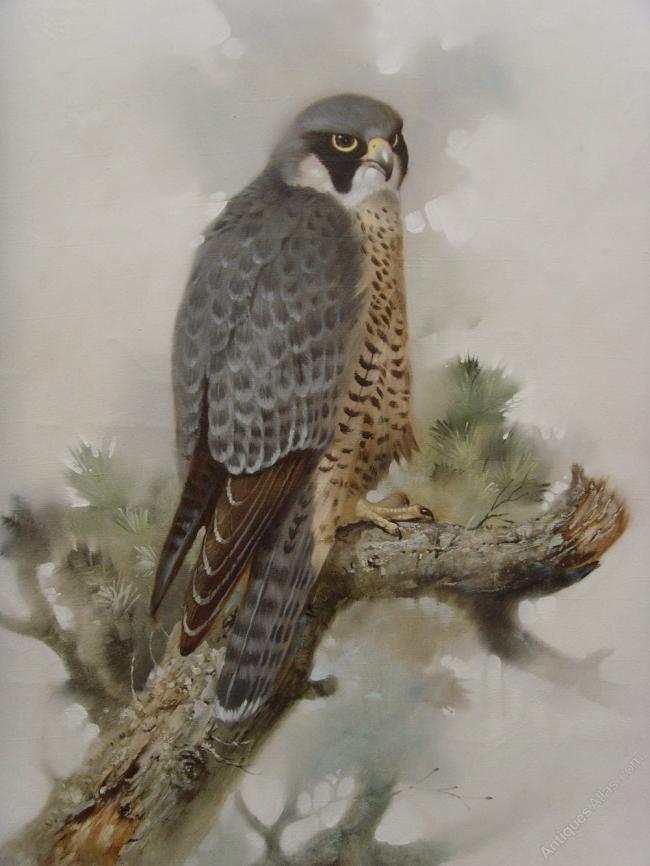 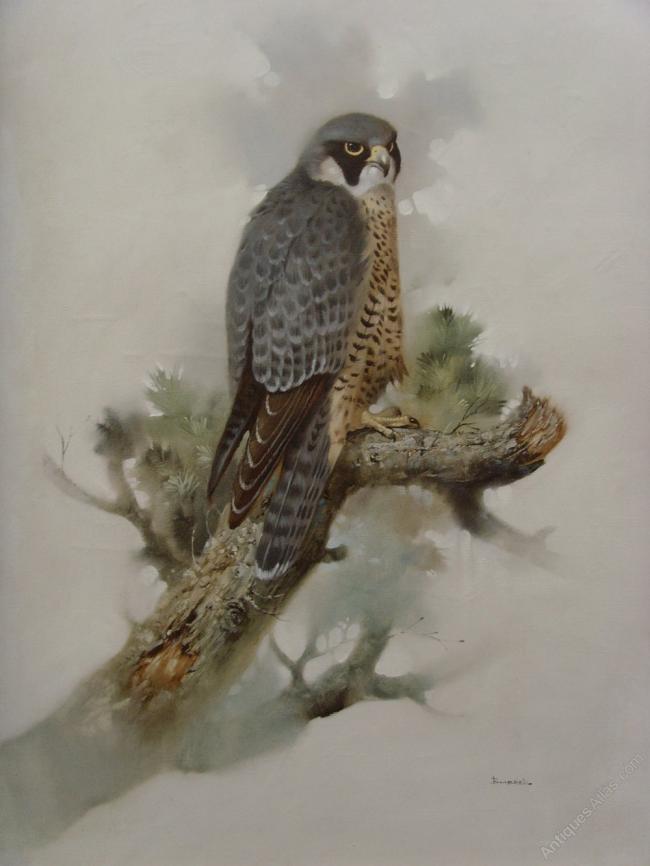 We are offering this superbly painted Oil Painting on Canvas which is signed Busdee, which we have since found is a Thai artist by the name of Somsak Busdee. The painting depicts a portrait of a Peregrine Falcon (Falco Peregrinus) on a tree branch, which is also extremely well executed. The artist has managed to paint the Falcon with great definition, as well as the branch, while painting the foliage and additional branches in muted, misty tones in almost Japanese watercolour fashion, which brings the Falcon into the foreground with great effect.

The Peregrine Falcon, also know as the peregrine and historically as the duck hawk in North America, is a widespread bird of prey in the family Flaconidae. A large, crow-sized falcon, it has a blue-grey back, barred underparts and a black head. The females are larger than the males. Its diet consists almost exclusively of medium-sized birds, they occasionally hunt small mammals, reptiles or insects. They mate for life and nest on cliff edges or on tall man-made buildings, like Tate Modern or the Cheese Grater in London. The Houses of Parliament have a resident pair.

They were hunted during both world wars, as they preyed upon pigeons, who were used for carrying messages from resistance groups etc. They were almost wiped out in many areas due to the widespread use of pesticides, especially DDT, but since it was banned in the early 1970s, populations have recovered due to management of the breed. It is a very well respected falconry bird due to its hunting ability, trainability, versatility and availablity due to captive breeding.

Somsak Busdee is, we believe, a Thai artist and have found several paintings by him executed in the 1980s of cats, some Siamese and a black and white. They all have the same soft background as this painting. In one instance he was listed as American, but the majority say he is Thai. Othere than this we have been unable to find further biographical information.

The painting is framed in a 2" Louis style gilt frame and will be supplied wired and ready to hang.

Condition: Very good. There are no repairs to the canvas which is clean and taut, with no paint loss. The frame is in very good conditon.