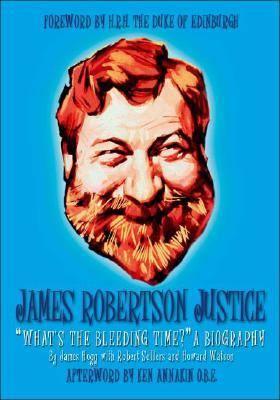 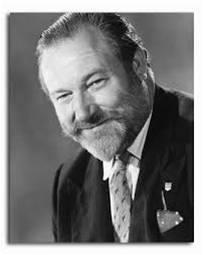 - A highly recommended book about the life of James Robertson Justice with lots of reference to his falconry days and conections with some very amusing tales. Besides being a famous actor of his time, in my own opinion, I consider JRJ's interest in falconry as being partly responsible for bringing many of the great falconers together and hence the making of the classic film, TheFalcon Gentle. The following is an extract from the book.

Following the filming of 'The Sword and the Rose' (with Phillip Glasier), JRJ went off to America and came back with an assortment of birds of prey in a zip-bag, causing some consternation at the airport. Walking through customs, his pockets sticky with frozen rat meat which had melted on the way over the Atlantic, he was stopped by officials. "Anything to declare," asked the custom's officer.

"Yes, six hawks," replied Justice.
"Six what?"
Justice pulled back the zip-fastener of the bag. The customs man peered inside. Sitting in a row on a perch fitted up in the bag were six hooded birds.
"You'll have to pay duty on them, they're caged birds. They're on the list. How much did you pay for them?"
"I didn't pay anything for them," growled Justice. "I trapped them."
"You what?"
"I caught 'em, chum. Trapped them in a bow-net."
"Where?"
"California."
"All the same, you'll have to pay duty on them."
"Suppose I won't pay any duty," said Justice.
"You've got to."
"No, I haven't. You can keep the hawks."
"Here, you, wait a minute." The custom man called out in alarm as Justice started to walk purposefully out of the customs department, which at Heathrow in the early 1950s pretty much consisted of a shed. "You're not leaving these things here."
"I am, if I have to pay duty on them."
"We've nothing to feed them."
"I can let you have some rat meat. That's what they ate on the plane." From his pocket Justice produced a bloody mess. The customs man took one horrified look.
"You can take these birds away," he said. "Take 'em away quickly and we won't say anything more about it."
Justice went off triumphant.
Note. The birds in question were a beautiful prairie falcon, a little cooper's hawk and some tiny western kestrels. He gave Phillip Glasier a present of the cooper's hawk and also one of the kestrels.

This biography of James Roberston Justice celebrates the secret life and glittering career of one of British cinema's finest and most recognisable screen personalities. With his unforgettable presence and his trademark bulk, whiskers, and fierce bark, James Robertson Justice made a treasure chest of classic British movies. He is best remembered as the bombastic Sir Lancelot Spratt in Doctor in the House (1954), but also starred in many wonderful films, both comedies and drama, often portrayed as a domineering (if frequently soft-centred) ogre. His on-screen temper tantrums often resembled those of a gigantic, irate toddler. This book unravels for the first time, through detailed research and original interviews with those close to him, the myriad complexities of one of Britain s finest actors. The book is fully illustrated with many rare photos. A must buy for fans of classic British films. Throughout the fifties and sixties he built a career on scene stealing performances in comedies and action thrillers. A bittersweet fling with Hollywood even landed him the enigmatic role of Vashtar, architect of the Great Pyramid, in Howard Hawks historical epic Land of the Pharaohs (1955). However, for his many fans, Justice's true metier remained farce. A pivotal role in the creation of his recognisable screen persona was the punctilious, 'thrash happy' Dr. Grimstone in Vice Versa (1948). It was from this seed of a condescending Victorian headmaster that a succession of characters flourished, epitomised by Lord Scrumptious in Chitty Chitty Bang Bang (1968). Woe betide anyone who attracted his beetle-browed displeasure. From Dirk Bogarde, through Stanley Baxter and Dick Van Dyke, JRJ was the towering authority figure par excellence, releasing a hilarious barrage of vitriolic slap downs and insults. His recurring role as fathers to beautiful ingénues, such as Sir Beverly Grant in Father Came Too! (1963) and Charles Chingford in Ken Annakin s The Fast Lady (1962), offered older cinema goers a reassuring bulwark against the (would be) excesses of the 'permissive society'. James Robertson Justice was a "brilliant raconteur, indifferent to money" -- part Walter Mitty, part Sir John Falstaff. There is no actor we can think of with a life story that screams so loudly for a biography. This is the definitive story of one of Britain's greatest actors.