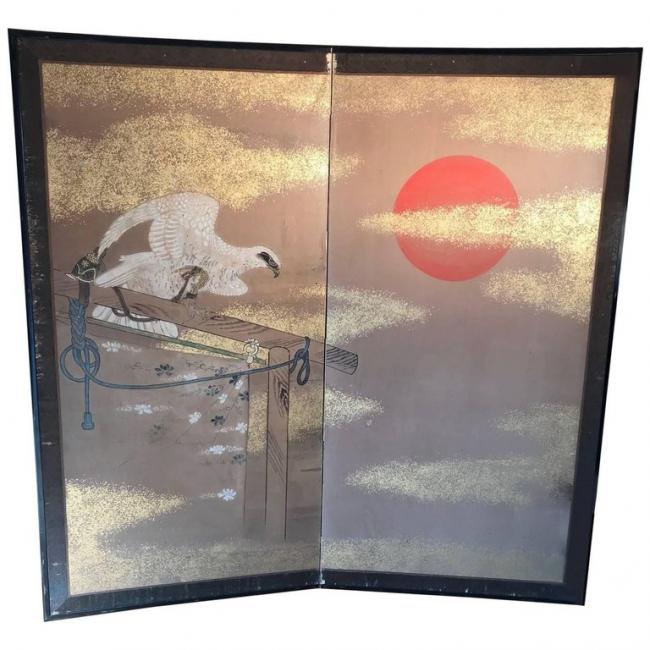 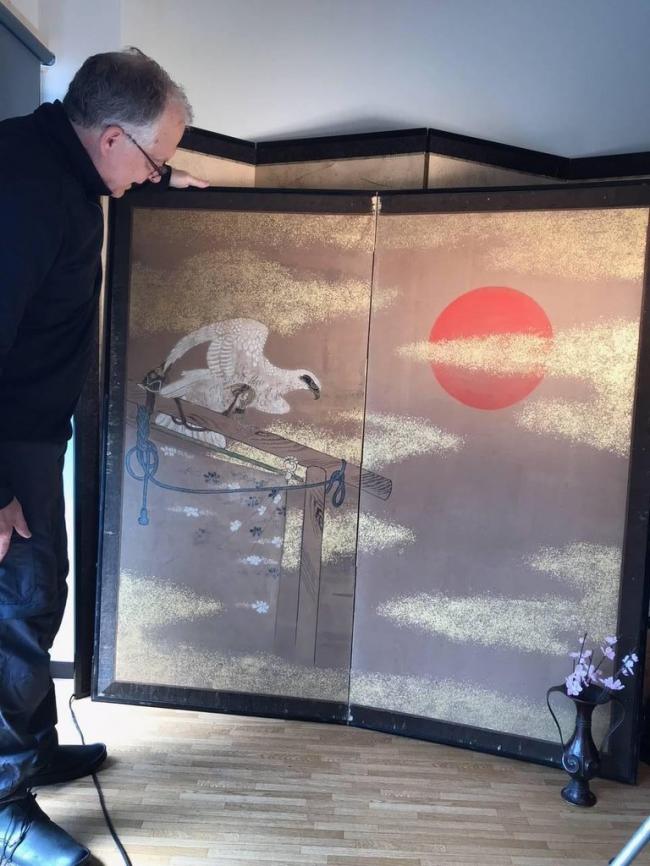 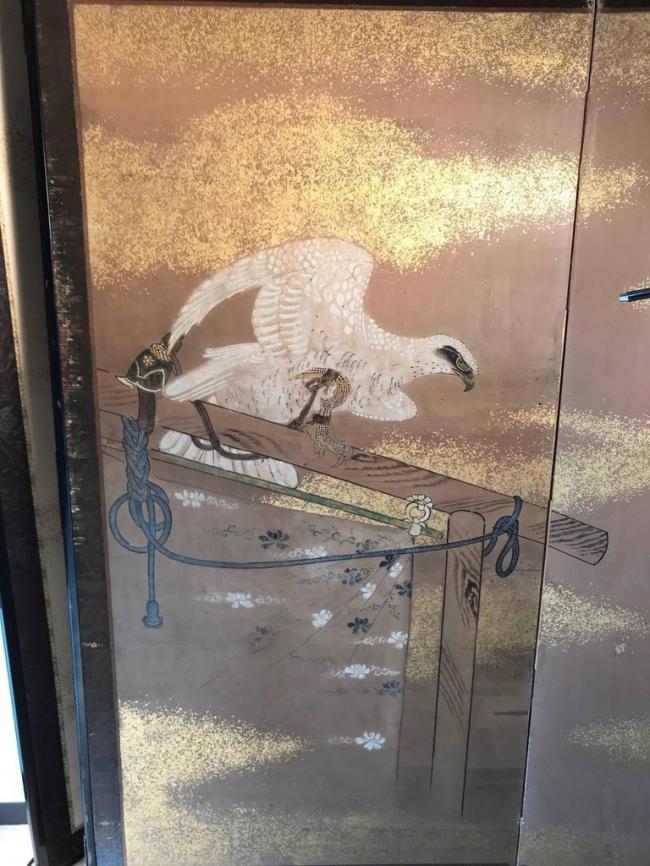 Japan, a fine two-panel screen Byobu of a tethered and perched prized falcon / hunting bird rendered in white gofun and intently stairing beyond a brilliant orange sun all surrounded by generous gold mist fleck clouds and original silk brocade from the period. This attractive screen dates to the late Edo period.

It is beautifully hand-painted on paper with handsome gold fleck clouds on a pale green colored paper enhanced by generous applications of gofun crushed shell overlay high lighting the bird of prey’s feathers. The mounting includes the original copper frame fitting corner supports and old backing paper. Overall Fine condition save for a few blemishes here and there and a faded and time worn silk brocade which frames the painting.

Enticing and rare subject matter, takagari or noble falconry was a prized sport of the samurai during Edo and well before. This simple rendition is skillfully and tastefully rendered in mineral paint pigments on paper. A black lacquered wood perfectly frames this powerful historic and tasteful composition. See more history below.

Lifetime guarantee of authenticity: All of our Asian works of art come with our Lifetime Authenticity Guarantee.

Takagari (??) is Japanese falconry, a sport of the noble class, and a symbol of their nobility, their status, and their warrior spirit.

In Japan, records indicate that falconry began in the fourth century. According to a passage in the Nihon Shoki , falconry was introduced by the Baekje noble Sakenokimi in 359 during the reign of Emperor Nintoku. From the outset, the central Court and local lords both enjoyed hawking, with the former trying to monopolize falconry, sometimes with banning orders. Central power, however, as seen in the repetition of prohibiting orders, had no complete control over local falconry until the 17th century. In the 13th century, hawking became popular among the rising samurai class as well as among court nobles . At that time, the practice of hawking was a means of resolving struggles over land ownership among lords. Buddhist temples, who were also land owners, opposed falconry based on their ideology against killing. Falconer lords, on the other hand, devised a Buddhist rationale or resorted to Shinto justifications. Several falconry schools or styles (ryu) were formed in the process.