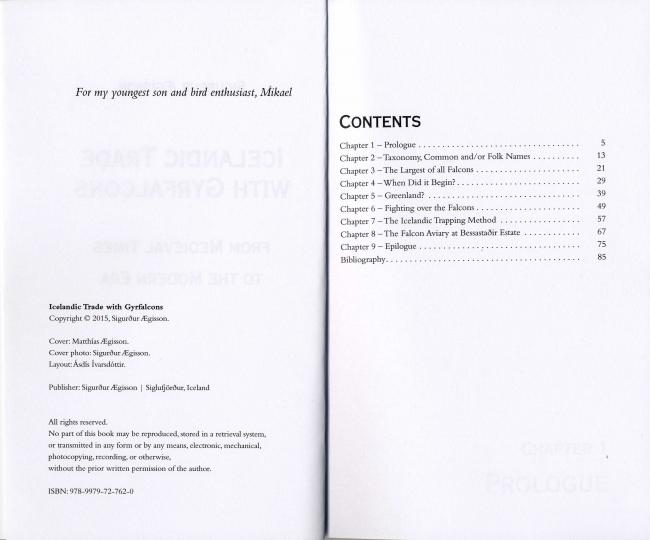 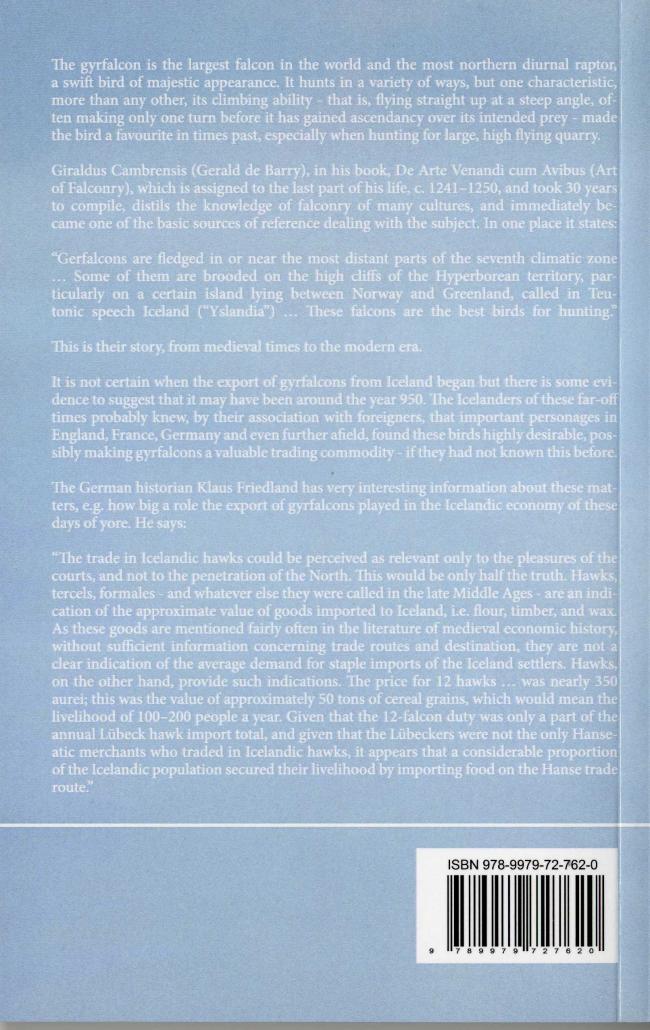 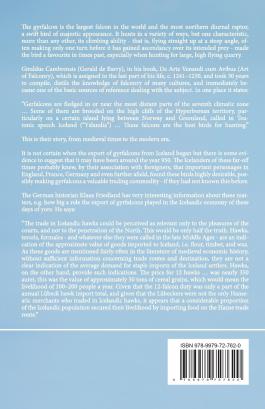 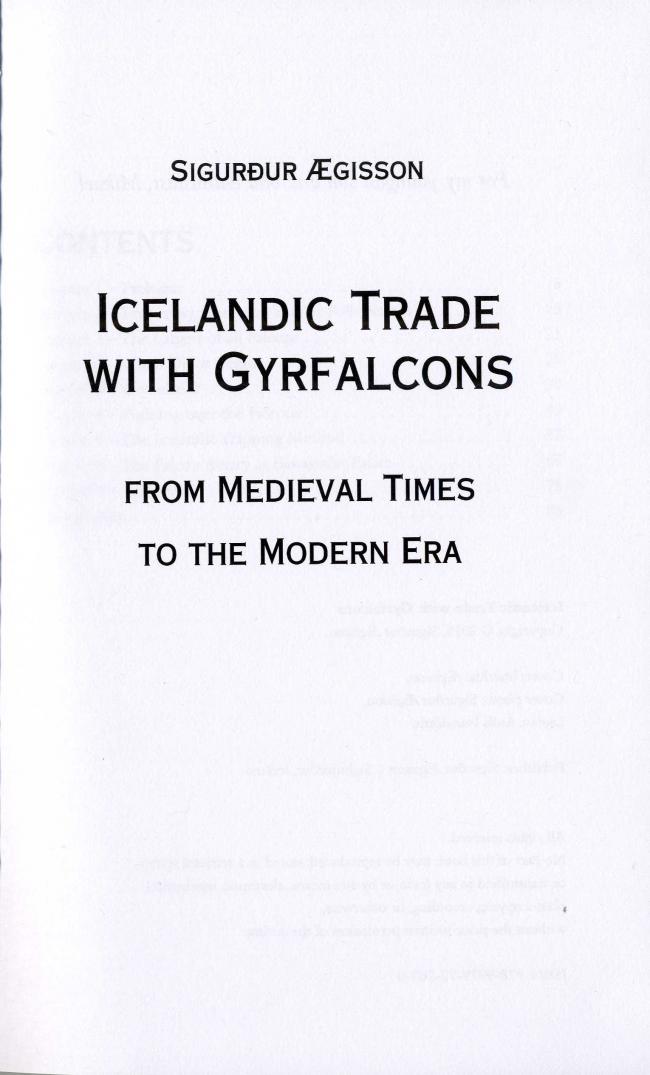 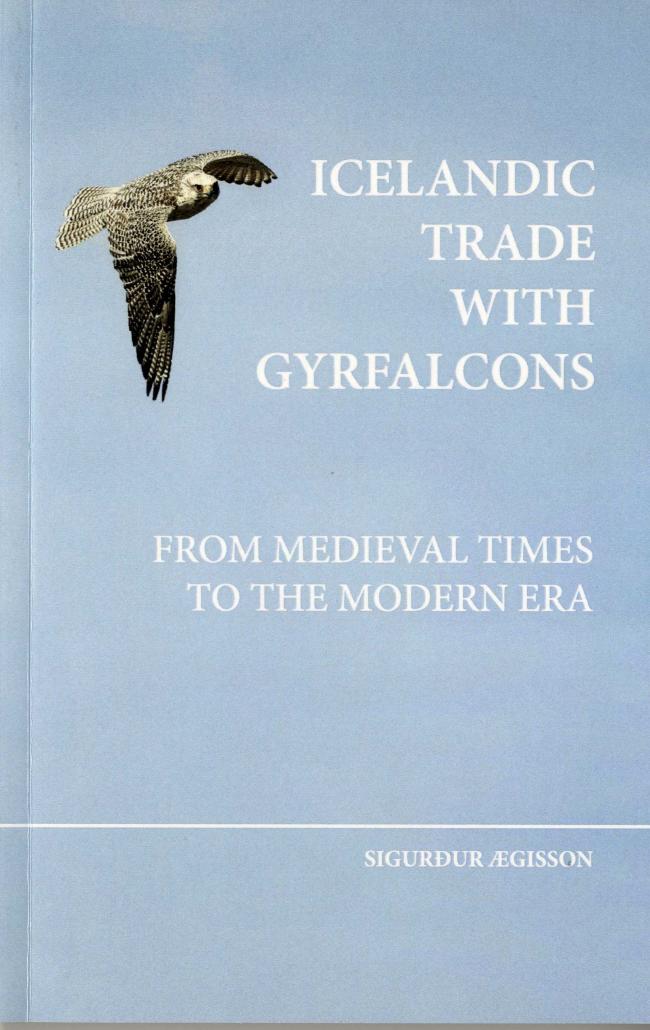 The gyrfalcon is the largest falcon in the world and the most northern diurnal raptor, a swift bird of majestic appearance. It hunts in a variety of ways, but one characteristic, more than any other, its climbing ability - that is, flying straight up at a steep angle, often making only one turn before it has gained ascendancy over its intended prey - made the bird a favourite in times past, especially when hunting for large, high flying quarry. Giraldus Cambrensis (Gerald de Barry), in his book, De Arte Venandi cum Avibus (Art of Falconry), which is assigned to the last part of his life, c. 1241–1250, and took 30 years to compile, distils the knowledge of falconry of many cultures, and immediately became one of the basic sources of reference dealing with the subject. In one place it states: “Gerfalcons are fledged in or near the most distant parts of the seventh climatic zone … Some of them are brooded on the high cliffs of the Hyperborean territory, particularly on a certain island lying between Norway and Greenland, called in Teutonic speech Iceland (“Yslandia”) … These falcons are the best birds for hunting.” This is their story, from medieval times to the modern era. It is not certain when the export of gyrfalcons from Iceland began but there is some evidence to suggest that it may have been around the year 950. The Icelanders of these far-off times probably knew, by their association with foreigners, that important personages in England, France, Germany and even further afield, found these birds highly desirable, possibly making gyrfalcons a valuable trading commodity - if they had not known this before. The German historian Klaus Friedland has very interesting information about these matters, e.g. how big a role the export of gyrfalcons played in the Icelandic economy of these days of yore. He says: “The trade in Icelandic hawks could be perceived as relevant only to the pleasures of the courts, and not to the penetration of the North. This would be only half the truth. Hawks, tercels, formales - and whatever else they were called in the late Middle Ages - are an indication of the approximate value of goods imported to Iceland, i.e. flour, timber, and wax. As these goods are mentioned fairly often in the literature of medieval economic history, without sufficient information concerning trade routes and destination, they are not a clear indication of the average demand for staple imports of the Iceland settlers. Hawks, on the other hand, provide such indications. The price for 12 hawks … was nearly 350 aurei; this was the value of approximately 50 tons of cereal grains, which would mean the livelihood of 100–200 people a year. Given that the 12-falcon duty was only a part of the annual Lübeck hawk import total, and given that the Lübeckers were not the only Hanseatic merchants who traded in Icelandic hawks, it appears that a considerable proportion of the Icelandic population secured their livelihood by importing food on the Hanse trade route.”