Memories of a Master Falconer by Lorant de Bastyai 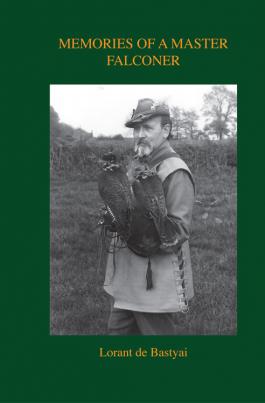 Memories of a Master Falconer

MEMORIES OF A MASTER FALCONER

Printed by The British Archives of Falconry and produced with a kind donation from Mr Andrew Thorne.

Design and Layout by Mark Upton

Produced from a unprinted and charming manuscript by Lorant de Bastyai, recounting his life story from early childhood in Hungary, living through the Second World War, the Hungarian Uprising and emigrating to the UK. Falconry features all the way through the book, starting with his first interest in birds of prey, as a child on his uncles farm.

Help with material was given by his nephew and niece Richard and Julie de Bastion, who wrote a foreword along with a second foreword by John Buckner and a précis of his later life in England and Wales by David Horobin.

The book was launched on our stand at the Falconry and Raptor Fair, 2014.